Chocolate...It Does a Body Good

First, a bit of background on types and strengths of chocolate:

From dark to white

Chocolate chips and all manner of sweetened baking chocolates are included in this group.The higher the percentage of cacao, the more bitter the taste.  This explains why chocolates with the least amount of sugar are most often called bittersweet.  Those with higher amounts of sugar are called semisweet.

Milk chocolate in cocoa powder (with a stray malt ball)

Flavanols are the plant chemicals which are believed to help protect the heart, and studies are indicating that these flavanols help to relax blood vessels and improved blood flow, thereby lowering blood pressure.

Flavanols in chocolate have also been associated with reducing the risk of diabetes by increasing insulin sensitivity in short term studies.

One study in particular, conducted by Harvard in June of 2017, found that there seems to be a direct link between moderate chocolate consumption and a lower risk for irregular heartbeats.

Granted, no one is suggesting that we all go out and start eating pounds of the fudgy goodness.  But the study, which was performed on 55,500 people, clearly suggested that those who ate 2-6 servings per week had a 20% lower chance of irregular heartbeats, also known as atrial fibrillation, one of the major contributors to stroke, clots and heart failure.

And that’s good enough for this chocolate lover. 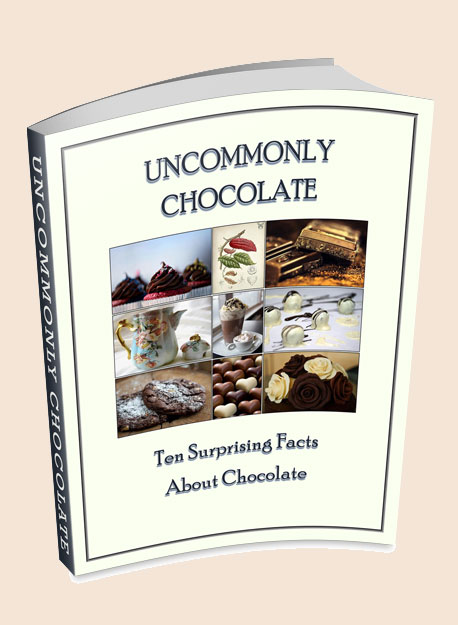 Need a little more chocolate in your life?

Get this 10-pg. booklet FREE when you sign up for Uncommonly Chocolate's monthly "Chocolate Chips."